In an urgent appeal to the United Nations and African Union Special mechanisms, 48 organizations petition for an immediate intervention regarding the arbitrary arrest and detention of Mr. Omoyele Sowore, a Nigerian journalist and rights activist. Sowore was arrested and detained on August 3 2019 after he called for a peaceful protest dubbed #RevolutionNow, aimed at ending corruption and inequality in Nigeria.
Since his detention, no charges have been preferred against him. The petitioners call upon the UN and AU to urgently secure his immediate release and to declare his arrest and continuing detention a gross violation of his human rights.
Mr Sowore is a prominent journalist, human rights activist and pro-democracy campaigner. He is the founder of Sahara Reporters, an online news agency based in New York City that focuses on corruption, human rights abuses and other political misconduct in Nigeria. The petition can be found at; http://foehub.org/wp-content/uploads/2019/08/Urgent-Appeal-Omoyele-Sowore-Nigeria.pdf
Share this... 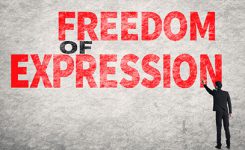 Note on the Draft African Declaration on Free... 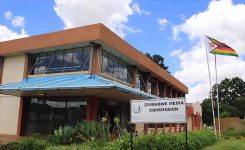 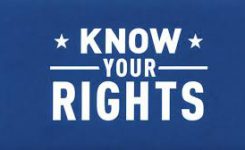